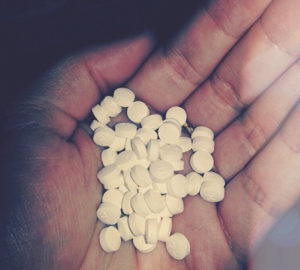 For weeks, President Joe Biden has insisted that the Democrats’ ‘Build Back Better’ spending bill would be “fully paid for.” The Congressional Budget Office begs to differ.

In its newly released analysis of the bill, the CBO projects that ‘Build Back Better’ will increase the deficit by $367 billion over the next decade.

The Biden administration has refused to accept this conclusion, arguing that the report doesn’t account for the increased revenues the bill will generate from more aggressive tax enforcement. But if anything, the CBO underestimates how much ‘Build Back Better’ will cost.

A closer look at its contents — particularly its healthcare provisions — reveals the many ways in which Democrats have cooked the books to make the bill appear far less expensive than it actually is.

Take its proposed extension of premium tax credits for health insurance purchased on Obamacare’s exchanges. These subsidies, which the March American Rescue Plan Act made more generous than under the original terms of Obamacare, were scheduled to expire at the end of next year.

Democrats in Congress, as well as President Biden, have made no secret of their intention to make these subsidies permanent. But ‘Build Back Better’ only extends them through 2025.

Are Democrats showing fiscal restraint by sunsetting these tax credits? No. They’re betting they’ll be able to retain control of Congress and the White House in 2024 — and then will be able to extend the subsidies yet again. The early expiration date is little more than an accounting trick designed to mask the long-term cost of ‘Build Back Better.’

They’ve used the same ploy with the bill’s pseudo-expansion of Medicaid. This provision would provide taxpayer-funded coverage to the able-bodied adults who make up to 138% of the federal poverty level and would qualify for Obamacare’s Medicaid expansion if they did not live in one of the 12 states that have refused to expand the program.

For these people, the bill would subsidize premiums for a benchmark exchange plan. But here too, the bill’s text “ends” this new program come 2025. Democrats have no intention of letting it expire.

According to the Committee for a Responsible Federal Budget, if these two reforms were made permanent, the bill would cost an additional $400 billion between 2022 and 2031.

Many of the ‘Build Back Better’ Act’s other big-ticket items — including its increased Child Tax Credit, expanded Earned Income Tax Credit, and universal pre-K — are also officially sunsetted in the bill analyzed by the CBO.

Add in the permanent cost of all of the bill’s reforms, and it would increase the deficit by a net total of more than $3 trillion.

That Democrats would go to such lengths to hide the true cost of their social spending plans isn’t surprising. They used the same approach back in 2010 when they passed Obamacare.

In 2009, President Barack Obama was adamant that his signature health reform would cost roughly $900 billion. Determined to hit that target, the law’s authors deliberately delayed implementation of many of Obamacare’s most expensive reforms. The insurance exchanges, for instance, wouldn’t open for business until 2013 in preparation for the 2014 plan year.

As with the sunsetting provisions in the ‘Build Back Better’ Act, these delays were intended to reduce the CBO’s initial 10-year cost estimates. That plan worked remarkably well. In 2010, the CBO projected that Obamacare’s only partially implemented coverage provisions would cost $938 billion through 2019.

With the ‘Build Back Better’ Act, Democrats are up to their old tricks again. But creative accounting can’t hide the fact that this enormous spending bill will add significantly to the deficit — and at a moment when inflation has reached a three-decade high.

The American people should not be fooled by Build Back Better’s fiscal chicanery.