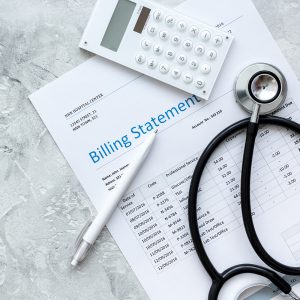 The Regulatory Threat From Payment Do-Overs And Un-Economical Reimbursements

How GOP Can Keep Its Commitment to Healthcare

Commitment To America: Just What The Doctor Ordered

President-elect Barack Obama has promised to make healthcare reform a top priority. But in order to follow through, Obama and lawmakers on Capitol Hill must reject some longstanding misconceptions about health care in this country.

Here are five such myths. Each is widely repeated, deeply held – and dead wrong.

Government has been providing health coverage to low-income patients for more than 40 years. The results are hardly encouraging.

Witness Medicaid. The quality of care beneficiaries receive is exceedingly poor. Heart attack victims covered by Medicaid, for instance, are less likely to receive state-of-the-art care than their privately insured counterparts – and they’re more than twice as likely to die as a result of their illness.

Because of low reimbursement levels, physicians are reluctant to treat Medicaid patients. A 2003 study found that primary care physicians were five times more likely to reject Medicaid beneficiaries than patients with private insurance.

The last thing this country needs is to expand a failing public insurance system.

2.) Forty-six million Americans do not have health insurance.

This Census Bureau figure is often spun as proof that America’s healthcare system is in awful shape and failing many in this country.

Included in the Bureau’s count, though, are more than 10 million non-citizens and approximately 14 million people who are eligible for public healthcare programs but haven’t enrolled. Plus, nearly 10 million of the uninsured have household incomes of more than $75,000.

Far too many Americans go without health insurance, but the number of chronically uninsured in nowhere close to 46 million.

3.) Universal health coverage can be achieved by government mandate.

According to the federal census, nearly two-thirds of the uninsured are aged 18 to 34. This makes sense – healthy people aren’t going to pay for expensive insurance they’ll never use.

Those who support an “individual mandate” believe that by requiring all Americans to buy health insurance, the formerly uninsured young and healthy will increase the size of the risk pool and therefore lower premiums for everyone.

The problem is, some states require insurers to charge everyone the same rate. So young people would end up paying far more in premiums than they should – or could – pay.

The real way to attract young adults into the insurance market is to lower premiums. This can be done by reducing costly benefit mandates and allowing people to buy insurance across state lines.

At most, foreign drug importation would save Americans 1 percent on healthcare costs over the next decade, according to the Congressional Budget Office.

At the same time, purchasing drugs from places outside the United States raises tremendous safety concerns. Many foreign drug factories avoid FDA screenings; a hearing in the House of Representatives last year found that foreign factories are inspected once every 13 to 30 years on average.

5.) The state-run healthcare systems in Canada and Europe are better and cheaper than America’s.

People who make this claim usually point to the fact that life expectancy is higher in Canada and Europe. But life expectancy is influenced by a number of variables aside from the quality of a country’s healthcare system – like diet, genetics, exercise, smoking, pollution, and even marital status.

A study published last year in the British medical journal “Lancet Oncology” suggests that America is better at treating cancer than Europe or Canada. Researchers found that Americans have a better survival rate for 13 of the 16 most prominent cancers.

This study’s findings tell us more about the quality of a healthcare system than life expectancy rates do because the relationship between treatment and outcomes is more direct.

A single-payer health system with a global budget – like Canada has – results in long waiting lists, rationed care, and a dearth of the latest technological equipment.

If our leaders recognize these five myths, we can expect healthcare reform that works for all Americans. Let’s hope they do.

Sally C. Pipes is president and CEO of the Pacific Research Institute and author of “The Top Ten Myths of American Health Care.”

*This article also appeared in the following publications. Title of article may vary.