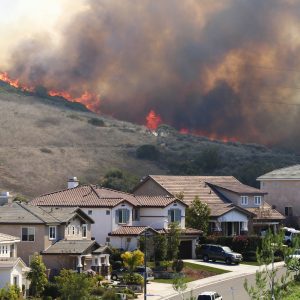 By Henry I. Miller and Kathleen Hefferon

Popular wisdom is often wrong.  Consider, for example, how it views organic agriculture, which has grown to a $48 billion a year industry in the U.S.  Organic products are sold at outlets ranging from local farmers’ markets to large supermarket chains, and many people assume that there is something more natural, wholesome, or environmentally sustainable about them.  None of that is true.

What’s remarkable about this agriculture sector is that the government’s extensive promotion has been a hoax from the beginning, having nothing to do with agricultural sustainability, protection of the environment, or food quality.

When the organic seal was established in 1990, Secretary of Agriculture Dan Glickman emphasized the fundamental meaninglessness of the organic designation: “Let me be clear about one thing, the organic label is a marketing tool. It is not a statement about food safety. Nor is ‘organic’ a value judgment about nutrition or quality.”

In fact, the organic seal is a cynical marketing tool, because so many unsuspecting consumers are ripped off by the high prices of organic products, in the absence of palpable benefit.

A prevalent “green myth” about organic agriculture is that it does not employ pesticides. Organic farming does, in fact, use insecticides and fungicides to prevent predation of its crops.

More than 20 chemicals are commonly used in the growing and processing of organic crops and are acceptable under the U.S. Department of Agriculture’s arbitrary and ever-shifting organic rules. Many of those organic pesticides are more toxic than the synthetic ones used in ordinary farming.

But the fatal flaw of organic agriculture is the low yields that cause it to be wasteful of water and farmland. Plant pathologist Steven Savage of the CropLife Foundation analyzed the data from the USDA’s 2014 Organic Survey, which reported various measures of productivity from most of the certified organic farms in the nation, and compared them to those at conventional farms. His findings were extraordinary.

As Savage observed: “To have raised all U.S. crops as organic in 2014 would have required farming of 109 million more acres of land. That is an area equivalent to all the parkland and wildland areas in the lower 48 states, or 1.8 times as much as all the urban land in the nation.”

Perhaps the most illogical and least sustainable aspect of organic farming in the long term will be the absolute exclusion of “genetically engineered” plants modified with the most precise and predictable modern molecular techniques. Except for wild berries and wild mushrooms, virtually all the fruits, vegetables, and grains in our diet have been genetically improved by one technique or another — often as a result of seeds having been irradiated or via “wide crosses,” which move genes from one species or genus to another in ways that do not occur in nature.

In recent decades, we have seen genetic engineering advances such as plants that are disease-, pest-, drought-, and flood-resistant. The result has been higher yields for farmers and lower costs for consumers. As genetic engineering’s successes continue to emerge, the gap between the methods of modern, high-tech agriculture and organic agriculture will become a chasm, and organic will be increasingly unable to compete.

Crops developed through molecular genetic engineering have been shown in multiple studies to be, on average, 22% more productive than conventional crops, which means that more food could be grown on less land. In addition, herbicide-tolerant transgenic crops require less tillage of the soil, thus reducing carbon emissions substantially.

Unfortunately, the U.S. Department of Agriculture is subsidizing and coddling the organic agriculture and food industries. Its website is very clear: “Many USDA agencies serve the growing organic sector. Whether you’re already certified organic, considering transitioning all or part of your operation, or working with organic producers, we have resources for you.”  Those taxpayer-provided resources, we hasten to add, encourage farming practices that are inefficient, polluting, wasteful of water and arable land, and promote GHG emissions.

Henry Miller, a physician and molecular biologist, is a senior fellow at the Pacific Research Institute. He was a Research Associate at the NIH and the founding director of the FDA’s Office of Biotechnology. Find Henry on Twitter @henryimiller. Kathleen Hefferon, Ph.D., teaches microbiology at Cornell University. Find Kathleen on Twitter @KHefferon.