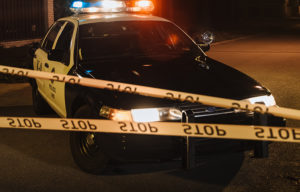 Gaslighting is one spoke in what is known as the power and control wheel of domestic violence and is well known to investigators who are trained to identify it and a host of other techniques offenders use to abuse their victims emotionally and physically.

“Gaslighting” is Merriam Webster’s Word of the Year for 2022.

It is defined by Webster’s as the: “Psychological manipulation of a person usually over an extended period of time that causes the victim to question the validity of their own thoughts, perception of reality, or memories and typically leads to confusion, loss of confidence and self-esteem, uncertainty of one’s emotional or mental stability, and a dependency on the perpetrator.”

The term originated from a 1930’s play and gained usage in the 1940’s with two films of the same name and plot.  It is the American 1944 version that would endure in people’s memory and win Ingrid Bergman a Best Actress Oscar for her portrayal of an opera singer driven to believe she is losing her mind by her husband’s psychological manipulations.

Gaslighting is one spoke in what is known as the power and control wheel of domestic violence and is well known to investigators who are trained to identify it and a host of other techniques offenders use to abuse their victims emotionally and physically.  Its sinister application is intended to make victims doubt their perception of reality through deft manipulation of facts and denial of memories through highly believable and unwavering lies.  The other spokes can include and are not limited to intimidation, economic abuse, privilege, isolation, coercion, and threats against children and even pets.  One of the most insidious aspects of domestic violence is that it is often learned behavior.  Children who grow up in domestic violence households can learn to become abusers and yes, even victims.

The power and control wheel is just one part of what is known as the Duluth Model of combating domestic abuse.  Named for the town of Duluth in Minnesota, it has two objectives:  Hold abusers accountable – and keep victims safe.

There are six key components to the Duluth Model:

3 – Placing the priority on the victim’s experiences in the creation of those policies and procedures.

4 – Identifying abuse as a pattern of actions intended by the abuser to dominate the victims and works to change societal conditions that favor the abuser.

6 – Maintaining constant dialog between stakeholders to identify and close gaps and improve response to domestic violence.

When applied during the 1980’s and 90’s, it worked.   The California legislature back then passed legislation that included raising the crime of domestic violence to a felony – despite injuries that normally would be considered only misdemeanors.  This mandated the arrest and booking of domestic violence offenders.   In egregious cases officers could request bail increases 24 hours a day.  Why?  Because the science of human behavior correctly understood that offenders feared arrest, booking, and incarceration.   It’s called deterrence.

Booking an offender in jail also gave victims and their children time to begin to locate alternative housing, obtain emergency protective and stay away orders, change locks, install alarms, and obtain medical treatment and psychological support and more.  All were supported by the aligned efforts of law enforcement and social service providers.

Today, the conflict theory advocates in California’s state government have turned the victim centered approach to domestic violence and indeed all crime on its head.   Conflict theorists believe that crime is a function of societal inequities that are both economic and racial and our laws are designed to perpetuate a system that ensures the wealthy and privileged remain in power.  To rectify this, the legislature, through manipulation, has convinced California’s crime victims that they are to blame and that criminals are the real victims.

Ballot propositions are given Orwellian titles to lure voters into the false belief that they are supporting a more equitable system.  The “Safe Neighborhoods and Schools Act (Prop 47) and “The Public Safety and Rehabilitation Act” (Prop 57) are anything but.

The legislative drive to end cash bail continues despite voters rejecting it – so much for domestic violence victims.

Loitering for prostitution is decriminalized because transvestites are feeling targeted by law enforcement – yet human trafficking and sexual exploitation are rampant.

Even the newly minted law to decriminalize jaywalking is entitled the “Freedom to Walk” law – while California has the highest number of traffic and pedestrian fatalities in the nation.

Today California has increasing crime, is emptying its prisons – even of murderers, has failing schools, and even increasing traffic fatalities.   The cruelest irony of all is that people of color are overwhelmingly the victims of these reforms and suffer the highest rate of victimization.

We are all being gaslit.