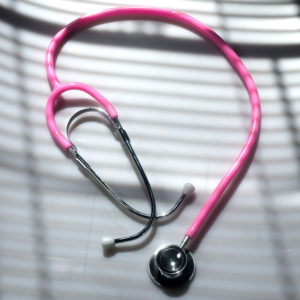 Health Care Priorities for Next Congress

If the polls are any indication, Republicans will take control of Congress in this fall’s midterm elections. After a year and a half of unified Democratic rule, voters in much of the country appear to be looking for something different.

But November is still six months away. If Republicans hope to notch more than a slim victory, they’ll need to offer the country a governing vision of their own.

They have an opportunity on health care. A large majority of the country believes the health care system is either in crisis or has major problems. Yet most Americans don’t see more government intervention as the solution. They’re open to reforms that would expand choice and competition.

Those principles have been at the core of Republican governance for decades.

For years, Democrats have monopolized the health care debate by focusing on two policies in particular: the public option and Medicare for All. The ideas’ defenders have long pointed to polling data purporting to show broad support for drastic government intervention in the health care market.

But public attitudes have shifted. Indeed, as Americans have lost faith in the left’s ability to govern, the prospect of a single-payer system — or even a public option — has grown far less attractive.

For Republicans to capitalize on this shift in opinion, they’ll need to offer voters a concrete policy agenda. In that same survey, 91 percent of voters want candidates to have a plan to fix the health care system.

Any Republican plan should build on market-oriented health care successes from the past, starting with Health Savings Accounts. These accounts enable patients to set aside money tax-free, which they can then use to cover out-of-pocket health care costs. The money in the accounts grows tax–free as well. So they can help people build a nest egg — or a safety net — to cover future health costs

HSAs epitomize the kind of personal freedom voters are clamoring for, as they put patients in charge of their health care dollars. By empowering patients to shop around for care, they can help inject some competition into the health care market — and ultimately drive down prices and improve the quality of care.

At the moment, only those with high-deductible health insurance plans have access to HSAs. Even then, contributions are capped at just $3,650 a year for individual plans, and $7,300 for family coverage.

A Republican health care plan could make HSAs available to any American who wants one — including those on Medicare. It could also raise the contribution cap to further equip people to spend their health care dollars as they see fit.

Expanding access to short-term health plans is another reform worth considering. These plans are considerably more affordable than traditional insurance policies — and thereby offer patients more freedom to balance the cost of coverage with their health care needs.

Other worthwhile reform goals include an expansion of telehealth services, a reduction in needless red tape at the Food and Drug Administration, and encouraging experimentation in the provision of medical services, such as through subscription-based direct primary care.

Americans for Prosperity has dubbed this broad agenda the “personal option.” And according to Public Opinion Strategies’ research, the plan is much more popular among voters than the Democrats’ health care agenda.

Americans deserve an alternative to the left’s interventionist health care agenda. A market-oriented, patient-focused approach to health policy can fix the inadequacies in our current system and deliver the kind of personal freedom voters say they want.