A whole new world of political thought opened to Vancouver’s Ceci Ryan Smith last month at a well-known ranch in California. She was guest at a conservative women’s conference at the Reagan Ranch Center. 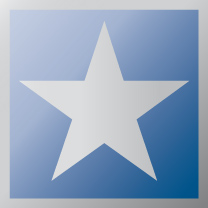 Ceci (wife of Vancouver’s Dave Smith, mother of two, board member of the Vancouver Housing Authority and community activist for 20 years) always has considered herself a moderate. “Political party? I’m an Independent. I like to think I vote for the best candidate, regardless of party,” she says. She has avidly followed the spirited and volatile political skirmishes of Hillary Clinton and Barack Obama, and finds it great pre-convention gamesmanship.

At the invitation of a Bellevue friend, Ceci Smith didn’t go to Washington last month, she went to California for a different perspective. She was one of 25 women from Washington, Oregon, Idaho and California attending the first Western Women’s Summit sponsored by the Clare Booth Luce Policy Institute.

It was at the Reagan Ranch Center in Santa Barbara, Calif., near the famous Reagan Ranch in the foothills northwest of the city. The Reagan Ranch was called the Western White House from 1981 to 1989, during the two terms of Ronald Reagan, America’s 40th president.

Among talking points: Women in the Democratic party are fighting each other; colleges are too liberal because they accept so many federal dollars, which have mandates, compromising standards of education and morality; there should be more competition among health plans, and they should be consumer-driven, tailored to age groups; those seeking insurance should be able to cross state lines to buy it; there should be a health plan for the working poor.

The feminist movement also received a round of criticism, Smith said. To help move America, one speaker urged women to “pick your issues carefully; be realistic about your goals (can you win?); network, including blogging; know English for correct writing; don’t let obstacles deter you. Take pride in your country and yourself, and practice honesty.”

Writer Karen Houppert seemed to capture the spirit of the Policy Institute in a 2002 article for The Nation magazine: “With academia considered the breeding ground of liberals, the Clare Boothe Luce Policy Institute is the right’s attempt to do some breeding of its own — of smart, savvy, conservative women.”

Luce was managing editor of Vanity Fair, a playwright, a foreign correspondent, a congresswoman, ambassador to Italy, and wife of Henry Luce, founder of Time magazine. The institute was founded in 1993 by Michelle Easton originally as a women’s auxiliary to the mostly-male Young America’s Foundation. The foundation purchased and preserves the Reagan Ranch as a symbol of his conservative values and conducts conservative student outreach programs.

Following a successful career in the movies, Reagan served two terms as California’s governor, embraced conservative causes and endorsed presidential candidate Barry Goldwater in 1964. On Nov. 17, 1986, he signed the act creating the Columbia River Gorge National Scenic Area. Memoirs of Reagan indicate he found his “Rancho del Cielo” (Ranch in the Sky), a place of peace and serenity from the moment of purchase in 1974. He died June 5, 2004, at the age of 93.

What now of Ceci Ryan Smith? Have her opinions changed after a couple days on the ranch? “No. But I learned a lot,” she said, “and I have a deeper respect for the conservative viewpoint.” What more could be asked in a nation that champions freedom of speech?

Tom Koenninger is editor emeritus of The Columbian. His column of personal opinion appears each Wednesday. Reach him at [email protected].