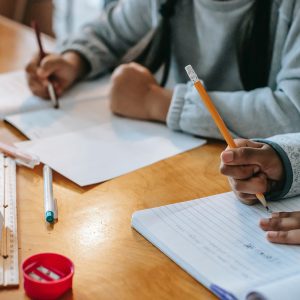 It is well known that regular public schools receive more funding than public charter schools, but a just-released study finds that this gap becomes massive when all sources of revenues are included, and this yawning chasm can be seen especially in Oakland and Los Angeles.

The University of Arkansas study, entitled “Charter School Funding: Inequity Surges in the Cities,” examines school funding in 18 major metropolitan areas in the United States.  The researchers analyzed revenue data from federal, state, local, and non-public sources.  They then compared total revenue funding for regular public schools versus public charter schools, and the results are shocking.

In 2017-18, charter schools, which are publicly funded schools independent of school districts with greater flexibility to innovate, received nearly $7,800 less per pupil than a regular public school, which represented an amazing 33-percent funding gap between regular public and charter schools.

In Oakland, per-pupil revenue for regular public schools was $19,108 versus $13,130 for charter schools, which represented a 31-percent gap.

The gap was wider for Los Angeles, with regular public schools receiving $20,783 in per-pupil revenue funding, while charters received $13,488, which resulted in a difference of 35 percent.

The researchers found that much of the funding gap has occurred in just the last few years.  In Los Angeles, for instance, from 2016 to 2018, the inflation-adjusted funding gap increased by an eye-opening 47 percent.

Because of these wide disparities, both Oakland and Los Angeles received “F” grades for funding equity from the study’s authors.

It is important to point out that these disparities cannot be explained by common excuses such as the oft-made claim that regular public schools serve more disadvantaged students.

It turns out that 81 percent of students in both Los Angeles regular public schools and charter schools were classified as low income.

It is also often claimed that charter schools benefit more from non-public funding, such a philanthropic dollars, than regular public schools.  It turns out that this charge is a myth.

The gap was much larger in Los Angeles, with charters receiving a stunning 81 percent less in non-public per-pupil funding than regular public schools–$3,995 versus $777.

Under a new 2020 funding formula, signed into law by Governor Gavin Newsom, charter schools with growing enrollments will not receive funding for all their new students. The law, Senate Bill 820, funds enrollment numbers for schools based on their 2020-21 budgets or their enrollment as a of Oct. 1, 2020, whichever one is lower. If a school absorbed more students after October 1, or didn’t account for extra students in their original budget, the state won’t be covering the difference.

Despite these funding disparities, charter schools have proven to be more effective than regular public schools in raising the achievement of their students.

Research has shown that students in Los Angeles charter schools gained the equivalent of many more days learning in math and reading than their regular public school peers. Likewise, research has shown that a majority of Bay Area charter schools, including those in Oakland, outperformed regular public schools in reading and math.

While charter schools give better bang for the buck, they should not be victims of such massive funding inequities.  The University of Arkansas study recommends, “all public funds should be combined into a single funding formula, be matched to every K12 child based on their educational needs and be portable so that it follows children to whichever public [regular or charter] school they choose to attend.”

Lance Izumi is senior director of the Center for Education at the Pacific Research Institute.  He is the author of the 2020 book “A Kite in a Hurricane No More: The Journey of One Young Woman Who Overcame Learning Disabilities Through Science and Educational Choice.”