NEW BRIEF: Promoting Transparency and Competition in the Drug Market 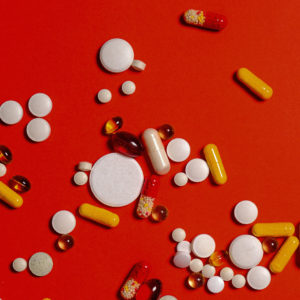 Establishing a two-part drug pricing system quantifying separate values for a drug’s innovation and production would create an efficient market and a more accurate reflection of how patients value a drug compared to those produced by centralized organizations, argues a new report released today by the Center for Medical Economics and Innovation at the Pacific Research Institute.

“Some policymakers assume that only a centralized agency can determine the value of medicines, but central planners can only impose price controls that don’t accurately estimate how 300 million Americans value the benefits from new and innovative medicines,” said Dr. Wayne Winegarden, director of PRI’s Center for Medical Economics and Innovation and the brief’s author.

Value assessment frameworks, such as the one used by the Institute for Clinical and Economic Review, or ICER, assume that a centralized agency is necessary to determine a medicine’s value.  Winegarden argues in the latest paper in the Quantifying the Wrong Value series that central planning organizations are incapable of determining which price accurately reflect how a patient values a medication.

In addition to enacting reforms to create efficient drug markets, such as increasing drug pricing transparency and ensuring that rebates benefit patients rather than third parties, Winegarden says policymakers should also establish a more efficient drug pricing process that would value innovation distinctly from the value of production and distribution.

“An efficient market process is the only way to ensure that drug prices accurately reflect value.  By creating a two-part drug pricing system, we can better reflect a drug’s value for patients and insurers, ensure affordability, and provide incentives for future innovation,” concluded Winegarden.

He proposes a two-part pricing system.  The first price would be an access fee for innovative medicines, established by negotiation between insurers and manufacturers.  Insurers would pay the access fee on behalf of patients, ensuring that everyone covered by the insurance can access the drug.  The access fee could cover a single medicine, a group of medicines, or a drugmaker’s entire portfolio.

The second price would cover the costs associated with production, transportation, and distribution of medicines.  This would be a much lower cost that would be primarily paid by the patient, unless it exceeds insurance out-of-pocket thresholds or the patient takes medicines with higher production costs, such as biologics.

A two-part drug pricing system would also benefit patients by establishing competitive prices that can more easily adjust to the introduction of new innovation or competitor products and ensure that patients better adhere to their prescribed medications thanks to increased affordability.