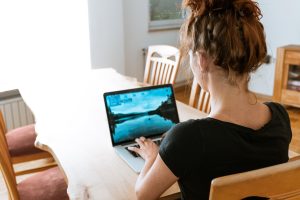 California lawmakers have a ready solution for almost any problem, no matter how large or small: Create a new government bureaucracy to administer some “landmark” program. Yet after the new agency is in place, the state rarely has any appetite for analyzing how the program is performing or fixing whatever unforeseen problems it has caused.

Examples abound of failed California government bureaucracy. The most appalling recent scandal involves the state-run Employment Development Department, which dispenses unemployment payments. The agency has been months behind in paying legitimate claims even as it paid out as much as $31 billion in fraudulent or improper ones.

California’s public pension systems are hundreds of billions of dollars in debt. Instead of reforming them, the Legislature created a state-run system (CalSavers) for private employees. As always, the existing systems are immune to reform because political considerations rather than financial ones guide the management of government agencies and programs.

Now, California lawmakers want to start a public banking system to address a problem that could be addressed in simpler ways. Assembly Bill 1177 by Assemblyman Miguel Santiago, D-Los Angeles, would create the CalBank Program to protect consumers “who lack access to traditional banking services from predatory, discriminatory, and costly alternatives.” It would offer zero-fee, zero-penalty accounts and debit-card services.

The bill’s language points to a legitimate problem. A quarter of California households lack bank accounts and rely instead on high-cost alternative services such as payday lenders and pawnshops. It certainly is true that “access to basic financial services, including demand deposit (checking) and savings accounts, is a critical component of financial stability.”

Yet many financial services are available to the poor without creating a new bureaucracy. Traditional banks and especially credit unions offer low-cost banking options. For instance, there are prepaid debit cards for those who can’t maintain a regular balance. The problem of “under-banking” often can be solved by explaining to people that a checking account is more cost-effective than money orders and check-cashing services.

There are plenty of ideas to explore here, but a public-banking option ought not be on the table. In traditional private banking, companies must make sensible loans or else they won’t be repaid and will lose money or fail. Of course, private banks have their share of problems — not the least of which is the tendency of government to bail them out when they make stupid decisions. Nevertheless, letting the government totally control a bank is a recipe for disaster.

Public banking allows “democratically chosen priorities – such as social justice, poverty alleviation, carbon reduction, environmental cleanup, or industrial policy – to play a bigger role in who receives loans,” Jeff Spross wrote in a 2019 column in The Week. That’s the fundamental problem with the public-banking concept.

Instead of making sound financial decisions, public banks can become a slush fund to divert taxpayer dollars to whatever causes politicians prefer. Not surprisingly, the Pacific Research Institute’s Kerry Jackson explained recently on these pages that public-banking systems have been plagued by financial failure and mismanagement.

And don’t politicians already have enough of our money to divert to special causes? AB 1177 should be a nonstarter, although we welcome discussions about improving banking services for lower-income people. There are many market-based solutions that are better than creating another unaccountable state agency.