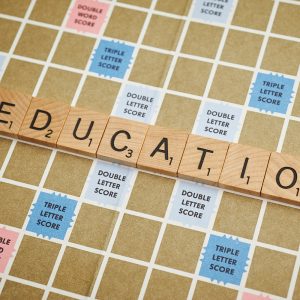 Biden Get a “D” on End-of-Semester Education Report Card

As California public schools drag their feet toward five-day-a-week in-person instruction for all children, I point out in my new Pacific Research Institute report “Road to Reopening” that schools in other parts of the country have remained open and have done so without spikes of COVID-19.

A January 2021 CDC study of 5,500 students and staff in Wisconsin K-12 public schools that stayed open found only seven cases of in-school, person-to-person COVID transmission.  All seven were between students, with no adult staff person contracting COVID through in-school transmission.

The CDC found, “Despite widespread community transmission, COVID-19 incidence in schools conducting in-person instruction was 37 percent lower than that in the surrounding community.”

A February 2021 study by the American Academy of Pediatrics looked at 100,000 K-12 students and staff in North Carolina public schools that remained open and found very few cases of child-to-child transmission, with no child-to-adult-staff-member transmission.

The study concluded that if transmission was as common in the schools as it was in the community, “we would anticipate 800-900 secondary infections in schools; however, only 32 within-school [COVID-19] transmissions occurred.”

The Wisconsin and North Carolina schools adhered to basic safety protocols such as mask wearing, social distancing, and hand hygiene.

Yet, despite such scientific evidence, California regular public schools are failing to reopen fully.

For example, the San Francisco Unified School District says that it now plans to offer in-person classes for students up to only the second grade by April 12 and then only up to fifth grade students by the end of April.

The San Francisco district has offered no plans for in-person instruction to sixth-grade and older students.  San Francisco City Attorney Dennis Herrera has sued the district to reopen schools and in a recent hearing the judge criticized the district saying: “Shouldn’t there also be a plan, deadlines or at least targets for older kids, because after all those kids are suffering the same harms, maybe even worse harms when we talk about depression, anxiety, substance abuse and worse, suicide.”

Indeed, Dr. Jeanne Noble, director of the University of California at San Francisco emergency department’s COVID-19 response, has excoriated the San Francisco district for keeping its schools closed while 15,000 students in the city’s private schools are back in the classroom with only five cases of in-school COVID transmission reported.

I have visited both private and charter schools that have remained open and have been extremely impressed by their operations.

For instance, I recently toured Vacaville Christian School, a preK-12 private school an hour east of San Francisco, and found a safe and thriving learning community.

Open since last August, the high-performing school conducts five-day-a week in-person instruction and the overwhelming majority of its 800 students have chosen in-person learning.

In addition, the school puts students in cohort groups to limit contact with other children outside of the cohort.  Groups use the playground on a rotating basis.

There has been no case of in-school transmission of COVID.  Not coincidentally, enrollment at the school has shot up to record-breaking levels.

I also toured John Adams Academy charter school in Roseville, outside Sacramento, which has been open to five-day-a-week in-person instruction since fall.  Like VCS, the vast majority of JAA students have opted for in-person learning.

Also, like at VCS, students are placed in a cohort.  If anyone in the cohort is exposed to COVID then the cohort is quarantined.    The school also enforces mask wearing, social distancing, and one-way corridors.

JAA has three campuses in the Sacramento area and there have been no outbreaks; in fact, JAA has not had a single confirmed case of in-school transmission of COVID on any of the campuses.

Vacaville Christian and John Adams demonstrate that proper easily implemented protocols can keep students, including those in middle and high-school grades, and adult staff safe.

Christine Atha, a Sacramento mother of two teenagers, speaks for many parents when she observed: “These kids don’t need any more videos to watch from behind their desk sitting alone in their room.  The only thing they need is to return to in-person school.  The science says you go back to school when it’s time.  And it is high time.”

Lance Izumi is senior director of the Center for Education at the Pacific Research Institute.  He is the author of the PRI report “Road to Reopening: Where We Are and Where We Need to Go to Open Up Our Schools and Meet the Need of Children.”