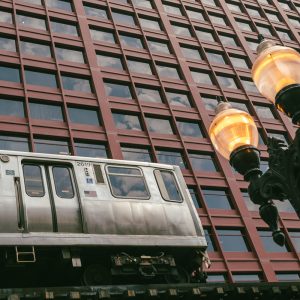 Ironically, there’s a new effort by urbanists to push cars out of cities and supposedly return them to the pristine conditions of the horse-and-buggy era, before car exhaust replaced aromatic horse manure – as if that will stem the urban exodus.

As happened in the 1960s and 70s, America is witnessing a great exodus from some, but not all, of its cities. This time, even West Coast cities, with their sublime weather and ports on the Pacific Ocean, also are seeing residents flee paradise.

According to U.S. Census Bureau data, in the year prior to July 1, 2021, Los Angeles County lost 159,621 people, the most in the country, dropping the county below the 10 million mark it briefly surpassed in the 2010 Census. Also scoring in the top 10 for county losses were San Francisco at 58,764, Santa Clara at 50,751 and San Diego at 33,797. Four New York counties also made the top 10, as did Cook County (Chicago) in Illinois and Miami-Dade in Florida.

Ironically, there’s a new effort by urbanists to push cars out of cities and supposedly return them to the pristine conditions of the horse-and-buggy era, before car exhaust replaced aromatic horse manure – as if that will stem the urban exodus. Writing on Substack, Ed West decries the loss of the days of yore:

When motor vehicles were first invented, it was widely assumed that, while they would be wonderful for travelling between cities, you obviously wouldn’t let people drive them inside cities. These great steel machines would be too dangerous and menacing for pedestrians, hence laws such as the hugely restrictive 1865 Red Flag Act, which set the urban speed limit at 2 mph.

But the car industry was too powerful, drivers loved their new autonomous vehicles too much, and so a type of transport with massive negative externalities was allowed to dominate and, in many cases, destroy urban life.

There’s some truth to this analysis. Detroit in the 1950s and 1960s was crisscrossed with freeways that destroyed the poorest areas – those occupied by recent Black migrants from the South. The dislocation increased the racial tensions that led to the 1967 riot, which killed 42 people and destroyed 400 buildings. It ended only when President Lyndon Johnson called in the 82nd Airborne and 101st Airborne, fresh from combat in Vietnam, to restore order. I remember the time well because I was born in Detroit in 1955, and grew up in the suburb of Wayne, in western Wayne County.

The worst destruction was the I-375 freeway plowed through the “Black Bottom” and Paradise Valley neighborhoods, displacing thousands of residents, forcing them to other segregated areas, worsening overcrowding and other problems. In 2022, the U.S. Department of Transportation granted the city nearly $105 million to change the I-375 into a lower-speed boulevard. Reported the Detroit Free Press, the project “is part of a broader ‘Community Reconnection’ program undertaken by the (federal DOT) to attempt to reverse some of the damage done when communities largely comprised of Black residents were leveled to make way for freeways.”

But racism wasn’t the sole problem. In Detroit, predominantly Black neighborhoods lacked representation in those days because the City Council was comprised of at-large districts – the result, another irony, of Progressive Era reforms dating to 1918 to reduce (white) ethnic rivalries in the city’s wards. The city still bears the names of those ethnic places: Corktown (Irish), Greektown, Mexicantown. Only in 2013 did Motown change to the current system of two at-large seats and seven district seats. It’s a cautionary tale. Sometimes reforms to make things better actually make them worse. (In California, there continues a movement to change city councils from at-large representation to districts, largely as a result of lawsuits about Latinos not being represented adequately.)

Yet the decline of Detroit, Philadelphia, Chicago, St. Louis and other cities is not the full story. Since I moved to California in 1987, I have driven to Phoenix many times, the last time in October 2021. The city is unimaginable without the automobile. It’s one big sprawl. Driving during rush hour is nearly impossible. There’s construction everywhere, from downtown to the suburbs, with new buildings going up next to half-constructed new roads.

But unlike California’s cities, where industry is leaving, Arizona’s Urban Heart (its nickname) attracts many new industries. The best known is Taiwan Semiconductor Manufacturing Co.’s massive new $12 billion plant in North Phoenix. TSMC is the world’s leading high-end computer chip manufacturer and the new facility will open in 2024. The economic impact over 20 years is estimated at $38 billion.

“To be sure, the automobile enabled suburbs, but people still have the option to live in high-density cities,” Robert Poole, director of transportation policy at the Reason Foundation, told me.  “That so few do suggests they like to have yards, trees, quiet and the ability to go where they’d like to shop, have dinner, have their preferred medical providers, etc.”

It’s also worth dispelling the myth that General Motors destroyed streetcars by buying up the streetcar companies and replacing them with smog-belching buses to ensure the triumph of the internal-combustion engine. That was the contention in a 1974 article by Bradford Snell, an attorney for the U.S. Senate. That thesis was the core plot of the 1988 movie “Who Framed Roger Rabbit?” and a 1996 PBS documentary, “Taken for a Ride.”

As detailed in “General Motors and the Demise of Streetcars,” a 1997 article in Transportation Quarterly by Cliff Slater, streetcars met their demise because buses were cheaper. Unfortunately, the Snell myth “encouraged more federal, state, and local subsidies for public transportation – an impact it continues to have to this day.”

As Slater noted, before the organized bus companies and departments existed, from 1914-16 the country enjoyed a jitney craze: “During this time, jitneys made serous inroads into streetcar ridership until legal maneuvering by the streetcar companies put most of the jitneys out of business.

The first jitneys ran in Los Angeles in the middle of 1914 and before the end of the year there were 800 jitneys in Los Angeles alone. … The appeal of the jitneys was that they were must faster and more frequent than the streetcars.”

Jitneys were the Uber and Lyft of their day. So far, the modern jitneys have fared better than their 1910s counterparts at fending off regulatory attempts to kill them – in particular “gig worker” laws. For instance, California’s Assembly Bill 5 mandated that independent workers become permanent employees. In 2020, voters passed Proposition 22, exempting independent drivers from the bill (although the issue is tied up in the courts).

As to the eventual triumph of buses, Slater explained there were two main causes. First, buses got better during the 1920s with the vast increase in quality of all vehicles. Second, automobiles themselves became more popular, tripling in use from 8.1 million in 1920 to 23.1 million in 1929. Henry Ford’s assembly lines famously cut the price of a Model T from $850 in 1908 to $253 by 1923.

Although automobiles caused problems in cities, they clearly are not a cause of decline, as seen by the continuing expansion of Phoenix and cities in Texas, Florida and Utah. In Phoenix, even the downtown is booming. Then what is the cause? What drives people from the balmy areas of California’s coast to escape to the deserts of Arizona and the humidity of Houston?

The most likely explanation is crime. People can put up with congestion, bad public transportation, even the high cost of living that California especially suffers. But they don’t like living in fear. Here are the changes in crime for some of the cities mentioned above:

It’s best not to generalize too much about what’s going on. Each city is different. Nobody wants to rip up San Francisco’s BART or New York City’s subway. It would be equally foolish to turn Los Angeles, a city built for cars, into a pedestrian utopia. What’s needed most is better policing that both protects residents while not tolerating brutality by officers.

Crime is best handled by local voters who put in place responsible police chiefs, sheriffs and district attorneys who are tough on crime, but don’t tolerate police abuses. San Francisco voters in June recalled DA Chesa Boudin, a “progressive prosecutor” who refused to prosecute many habitual criminals. It’s too early to see if his appointed replacement, Brooke Jenkins, re-elected in November, has reduced crime. In Los Angeles County, DA George Gascon avoided a recall. But he said he will run for re-election in 2024. Voters will get to judge him then.

As Poole added, people have choices. It’s easy to move around America. Those seeking an environment with fewer vehicles can move to cities that have reduced the need for them. While those of us who love cars can drive to our version of the mobile American Dream. Either way, it’s foolish to believe that removing cars from cities will revive them.