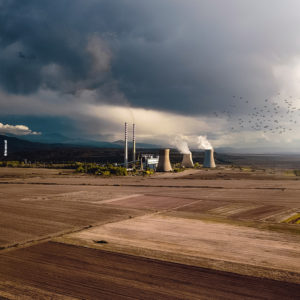 Neither The Department Of Defense Nor NASA Should Be Setting U.S. Climate Policy

Taking The Bread Out Of California’s Breadbasket Reform Could Save Average Households at Least $517 Per Year

Californians are being zapped with higher electricity bills – averaging $1450 per year – thanks to state government energy regulations, taxes, and subsidies, finds a new report released today by the nonpartisan Pacific Research Institute.

Repealing or reforming these costly policies could save the average household $517 per year, while continuing California’s progress in lowering emissions and fighting climate change.

“Californians are paying record-high electricity prices because bad policy choices made by state government are pushing more people into energy poverty,” said Dr. Wayne Winegarden, PRI Senior Fellow in Business and Economics and the study’s author. “If policymakers chose energy affordability over energy poverty, we could give Californians relief from these politician-created expensive energy burdens while still achieving our state’s low-emission goals.”

In “Zapped: How California’s Punishing Energy Agenda Hurts the Working Class,” Winegarden documents that Californians are paying inflated energy prices – which were 56 percent higher than the U.S. average as of 2020 – despite consuming 34 percent less energy.

The report takes a county-by-county look at average household energy expenditures and finds that households in many counties exceed $2000 in average annual electricity bills, such as Calaveras ($2,469), Nevada ($2,318), and Mono ($3,325). Central Valley, Inland Empire, and Sierra Nevada region residents typically use more electricity than coastal counties.

It documents potential savings if California adopted an energy policy mix like the rest of the country and Golden State households paid U.S. average electricity rates:

Instead of the complex array of energy regulations, taxes and subsidies including unrealistic renewable portfolio mandates and government-funded electric car subsidies that primarily benefit the wealthy, Winegarden says California should reverse its efforts restricting fracking as natural gas is one of the most affordable and reliable low-emission sources of energy. It should also expand rather than contract its use of nuclear power as nuclear power plants safely produce almost no greenhouse gas emissions.