No More Streets Of San Francisco, And Other Fronts On The War On Cars 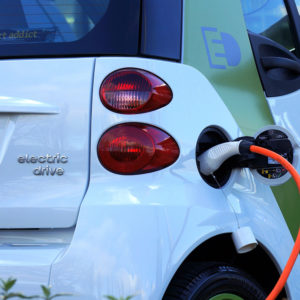 Tax The Rich To Pay For The EV Scam Nothing Curative About Dems Inflation, Higher Taxes and Prices Would You Buy a Used Electric Car from This Man?

New research found that” increased parking causes more car ownership and more driving while reducing transit use.” So if the goal is fewer cars on the roads, the solution is to reduce parking.

Please, no one tell California policymakers. If they find out, a year from now there won’t be a single parking place left in the state.

According to University of California academics, the evidence “robustly supports that urban residents’ transportation behavior – but not their employment – is affected by local features of the built environment, and particularly so by parking.”

While transit accessibility apparently has some effect on car ownership, the presence of parking spaces in residential structures has a greater influence.

“The more parking in a building, the more likely a resident household is to own a car,” say the authors of “What Do Residential Lotteries Show Us About Transportation Choices?”

Great news for the politicians and activists who are waging a war on automobiles. Bad news for those who enjoy the freedom and convenience that cars provide.

The warriors – a collection of elected officials, bureaucrats, everyday Californians, and private interest groups – will deny there’s a war on cars, just a necessary campaign against the wrong kind of cars, the sort that have internal-combustion engines. While there is a crusade to force as many Californians in electric vehicles as possible, the warriors’ dreams go far beyond that.

California, as Joel Kotkin has helpfully pointed out, has been put on a road diet. Officials want to clog up the roads beyond the current congestion to “nudge” us out of cars into transportation alternatives they have more control over. The diet “would essentially halt attempts to expand or improve our roads, even when improvements have been approved by voters. This strategy can only make life worse for most Californians, since nearly 85% of us use a car to get to work,” the author and Chapman University fellow in urban futures wrote nearly five years ago.

The diet has moved on from denying drivers projects that will improve life on the roads to intentionally making the experience of driving worse. Lanes and often entire avenues are being closed to traffic like windows slamming shut at the first sign of rain. In one recent example, three streets of about a dozen temporarily sealed off last year in San Francisco “to allow walkers, people on bikes and other wheeled-gadgets more space to socially distance amid the COVID-19 pandemic” are likely to be permanently off of the grid by the summer.

At roughly the same time San Francisco was implementing its “slow streets” program in 2020, Oakland “opened up” 74 miles of streets to pedestrians and bicycles so Oaklanders could “recreate in a physically distant manner,” said Mayor Libby Schaaf, with no automobile through-traffic allowed. The Bay Area Monitor recently reports that the mayor’s office said it was “trying to evaluate” what a permanent closing “even looks like.”

No one should have been surprised when, as Bloomberg CityLab reported, “not all Oaklanders” were enthusiastic about the closures. Nor should there be any shock that some in the city felt the decision to close streets was not in their best interest.

“A few weeks into the project, a survey revealed that, while affluent, white, and non-disabled residents were overwhelmingly proponents of the program, people of color, people with lower incomes, and people with disabilities reported much lower levels of awareness, use and support,” Bloomberg’s Laura Bliss wrote last month.

The objective of government planners to, in Galles’ words, “force residents into walking, cycling and mass transit” is based on planners’ conviction that they know what’s better for the people than the people themselves. While they’ve been making a particular nuisance of themselves in recent years, they’ve been setting up roadblocks for decades. In 1976, the New York Times published a lengthy story that dived deep into Los Angelenos’ “singular devotion to their cars” and the difficulties officials faced in their attempt to break the city’s automobile habit. From that story we learn that the high-occupancy vehicle lanes across the state’s freeway system were designed “to get people out of their cars in an effort to cut down on pollution and traffic jams.”

Californians of the 1970s were clearly a different breed. As we said before, they “bristled at policymakers’ efforts to manipulate them.” The Times reported that angry motorists demanded politicians be recalled, and “filled local newspapers with letters assailing the scheme citing it as evidence of an ominous trend toward government by Big Brother.”

Eventually, after five months of “turmoil,” the bitter drivers beat the heavy-handed planners.

“A federal judge ordered the state to give back the two lanes to one‐man, one‐car commuters,” said the Times.

Many of today’s Californians (with some exceptions, of course) are not so rugged. They accept, and even approve of, the war on cars because they believe policymakers can actually make a dent in carbon dioxide emissions. (They can, if they shut everything down, but it would be such a shallow dent, the world would never notice.) This another group that doesn’t need to be told that reduced parking will result in fewer cars.