On April 4, PRI President, CEO, and Thomas W. Smith Fellow in Health Care Policy Sally C. Pipes debated Professor Gerald Friedman from the University of Massachusetts, Amherst and a major proponent of single payer on the question: “Is a Single-Payer National Insurance System the Best Option for the U.S. to reduce spending, increase access, and improve quality of healthcare?” in a virtual debate hosted by the University of Iowa.  Below are her opening remarks and rebuttal. 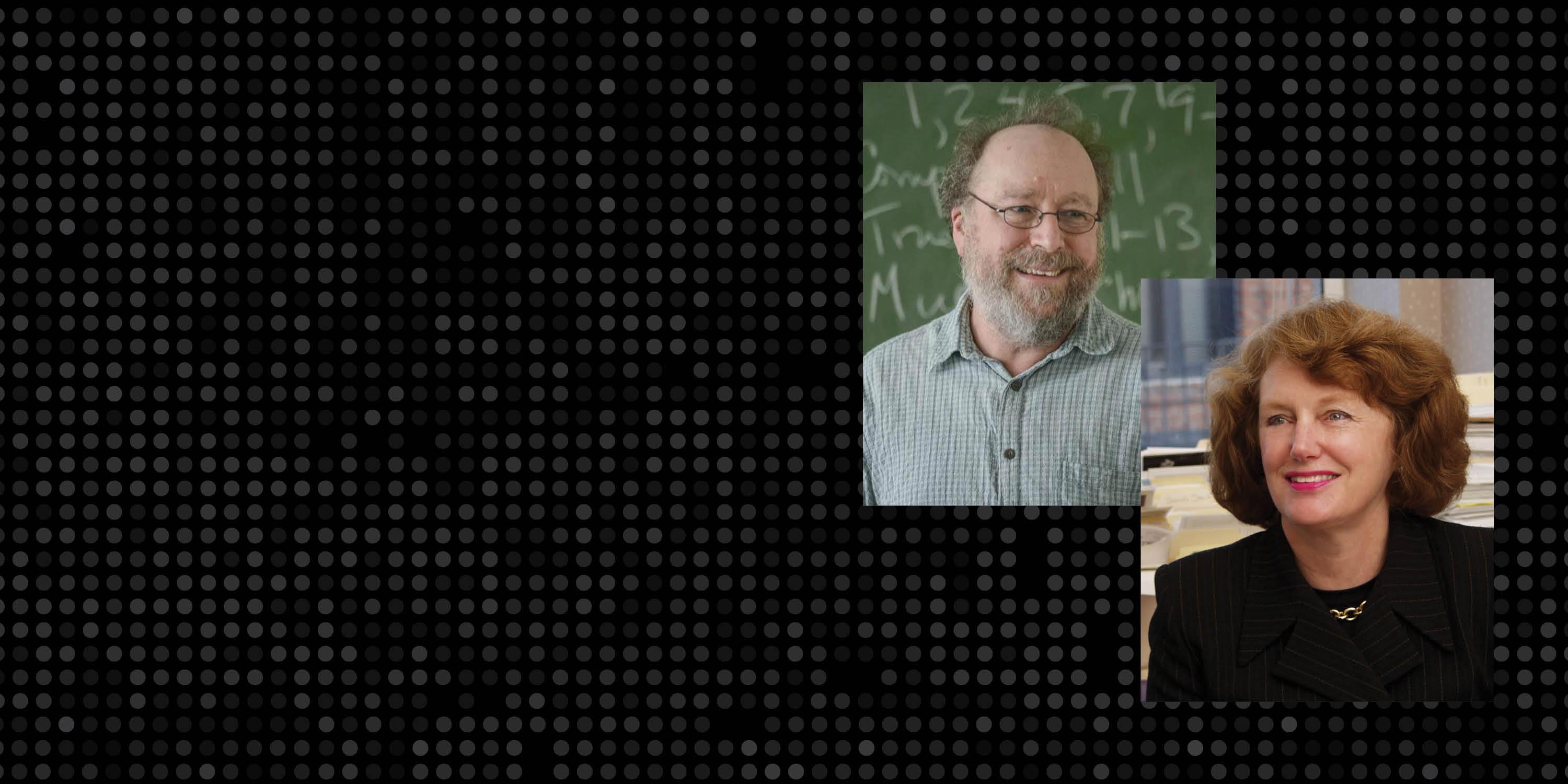 Let me begin by thanking John Dickens and the University of Iowa for hosting this debate. Jerry, thank you for agreeing to be my sparring partner once again. I am so glad you are on the mend from your recent bout with Covid.

“Is a single-payer national health insurance system the best option for the U.S. to reduce spending, increase access, and improve quality of healthcare?” That’s the question before us today. My answer is simple: NO.

Medicare for All will not make it easier to access health care. It will not improve the quality of care or patient health. And it will not reduce costs.

My home state of California was forced to learn these lessons yet again this past January, when the state legislature’s latest bid to outlaw private insurance and force every Californian into a government-run health plan failed.

The California Legislative Analyst’s Office estimated the package would’ve cost up to $552 billion a year.[1] This year’s total state budget is $286 billion.[2]

To cover that tab, the plan’s sponsors envisioned roughly doubling the state’s tax burden, which is already one of the highest in the nation.

In my native Canada, the average family of four pays around $15,000 in taxes to cover supposedly “free” health care through the country’s single-payer system. That amount has gone up 80% since 1997.[3] The World Bank estimates that Canadians pay for a greater share of their care out of pocket than do Americans.[4]

In the United Kingdom, the National Health Service costs each English household around £5,785 pounds — a little over $7,900 dollars — in taxes each year. That per-household cost has increased more than 75 percent since 2000.[5]

Most estimates place the 10-year cost of “Medicare For All” around $34 trillion. But some run as high as $46 trillion.[6]

Over 6 million Britons were on waiting lists for surgery as of January 2022 — the highest number since the NHS began keeping records in August 2007.[7] That’s equivalent to one in nine people in England.[8]

As of this past January, more than 311,000 patients had been waiting more than a year for treatment.[9] It’s no wonder that more than half of Brits believe the NHS’s performance has worsened in the last year – and more than four in ten believe it will only get worse in the year to come.[10]

Waits are just as long in Canada. In 2021, Canadians faced a median wait of 25.6 weeks between referral by a general practitioner and receipt of treatment from a specialist.[11] That’s almost half a year!

In January, Manitoba’s provincial government announced it would send up to 300 spinal surgery patients who had waited longer than a year to North Dakota for their procedures.[12]

These waits are not just inconvenient. SecondStreet.org, a Canadian think tank, estimates that more than 11,000 Canadians died while waiting for care in 2020-21.[13]

A recent report found that Canada faces a backlog of 327,800 “surgical and diagnostic” procedures – and that it will take an additional $1.3 billion to bring wait times back to their pre-pandemic levels.[14] This backlog contributed to over 4,000 excess deaths between August and December 2020.[15]

Last fall, the British government imposed a £12 billion pound per-year tax package to bail the NHS out from COVID shortages and backlogs.[16] Even that may not be enough to fill the more than 110,000 vacancies left by overworked, underpaid, and burnt-out NHS employees.[17]

The pandemic has made working in health care tougher. Even under normal circumstances, doctors do not fare well under single-payer. Consider that the average physician in the United States earned $316,000 in 2021. Physicians in the United Kingdom earned less than half of that.[18]

Facing such low potential earning power and huge backlogs of patients, doctors are leaving the NHS. One survey from May 2021 found that one-quarter of NHS doctors were planning to “take a break” from their job. Another 21 percent were thinking about switching careers.[19] The more doctors that leave, the more those that remain have to work to make up the difference.

The result is a vicious cycle of burnout, long waits, escalating costs, and poor-quality care. It’s a cycle that causes patients to suffer and die. And it’s a cycle that we should avoid at all costs in the United States. Thank you.

Professor Friedman has pointed out that Americans are in worse health, on average, than citizens of other developed countries, even though we spend much more on health care, per capita. That would seem to indicate that our current system is wildly inefficient — and that an alternative system, such as Medicare for All, would deliver better results.

But that’s not quite right.

First, we spend more on health care largely because we consume twice as much health care per person as citizens in the average developed country. We undergo more surgeries, we visit the doctor more often, we take more prescription drugs, and so forth.

Some of this care probably isn’t necessary. And certainly, some of it isn’t very cost-efficient — think of the Medicaid beneficiary who can’t get a doctor’s appointment and so seeks routine care in an emergency room.

But a lot of the care we consume is medically necessary, or at least very valuable.

For example, Americans with arthritis who want knee or hip replacements to restore their mobility can generally get them quickly.

Patients in countries with government-provided universal coverage, on the other hand, often languish for months or years on waitlists for quality-of-life-enhancing procedures like these.

We can’t ignore the impact of this government-imposed rationing on spending. Spending will of course be lower if patients aren’t allowed to receive care, or have to wait months for it.

Now, what about the claim that Americans vastly overpay for the same medical services, from prescription drugs to MRIs?

It’s true that health care is more expensive in America than most other countries.

But the difference isn’t as great as many people believe. The Organisation for Economic Cooperation and Development estimates that a basket of healthcare goods and services costs 26% more in America than in the average developed country.

That same basket costs 40% more than the average in the socialist paradise of Norway – and 33% more in Sweden.

In some instances, the United States has lower prices than single-payer nations like Canada. For example, 88% of the most common generic medications are actually more expensive north of the border.

Critics of American health care always point to a few examples of surgeries or drugs that cost many times more in the United States than in other nations. But the reality is that those are outliers.

On the whole, health care costs a bit more than average in America. That’s largely a function of our labor costs being higher than most other countries. If nurses and doctors and pharmacists and scientists make more in America, it stands to reason that healthcare prices will be a bit higher as a result.

Now let’s turn to the fact that the average American is in worse health than the average resident of most other developed countries. We have low life expectancies and higher rates of nearly every chronic disease, from obesity to diabetes.

But that’s largely in spite of our healthcare system, not because of it. Americans die sooner because we eat too much, experience more violent crime, get in more car accidents per capita, and have vastly higher rates of substance abuse than citizens of other countries.

The average American consumes 3,641 calories per day. Thirty-seven percent of those calories come from sugars and fats, according to a National Geographic analysis.

By contrast, Brits consume 3,413 calories, on average, and just 25% comes from sugars and fats.

America reported about 5 homicides per 100,000 people in 2018. That figure has increased since the pandemic started. The United Kingdom’s murder rate is 76 percent lower.

In other words, Americans are less healthy because of factors largely beyond our healthcare system’s purview.

When it comes to the actual quality of care, America’s healthcare system generally leads the world. To take just one example – we have among the world’s highest 5-year survival rates for cancer.

Levels of per-capita healthcare spending, or life expectancies, tell us little about the efficiency or performance of a healthcare system. We have to look at the whole picture. And the data clearly show that America’s healthcare system delivers high-quality care – and lots of it.

[8] De Quetteville, Harry, “Inside the private clinic that could Americanise our health system,” The Telegraph, March 21, 2022.