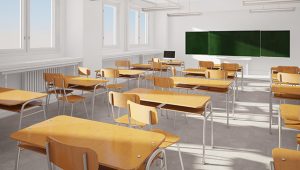 It was William F. Buckley who defined a conservative as someone who stands athwart history, yelling Stop!

But earlier this month, San Francisco residents — a city where Democrats number nearly two-thirds of the voters — decided that it was their turn to yell, Enough!

Residents of the City by the Bay voted in large margins to recall three members of its school board, including board president Gabriela López (74 percent supporting recall), Alison Collins (78 percent), and Faauuga Moliga (71 percent).  These three board members were the only ones eligible for a recall. Given the opportunity, San Franciscans might have gone for the nuclear option. Even the city’s liberal mayor, London Breed, favored the recall.

“The hugely successful recall of these ultra-progressive San Francisco school board members demonstrates that parental dissatisfaction against school policies is bipartisan and stretches across ideological divides,” said Lance Izumi, senior director of PRI’s Center for Education, in an interview with the Northern California Record. “The failure of the San Francisco school board to reopen schools galvanized parents of all backgrounds and beliefs who saw their children losing precious learning opportunities while the schools remained closed.”

Of the 15 biggest cities in the U.S., San Francisco was the only one not to return middle or high school students to in-person learning during the 2020-21 school year, due in large part to the resistance of the unions and a lackadaisical school board preoccupied with social justice and equity.

In 2021, Right by the Bay chided the school board’s effort to rename 44 schools as the board cancelled the U.S.’s greatest Americans, including George Washington, Abraham Lincoln, and Paul Revere. Even former city mayor Senator Dianne Feinstein, who had an elementary school named after her, got the boot.   These figures, according to the text of the San Francisco school board resolution “engaged in the subjugation and enslavement of human beings; or who oppressed women, inhibiting societal progress; or whose actions led to genocide.”  After public outcry and national media attention, the resolution was rescinded.

The school board also voted to change the largely merit-based admissions policy of Lowell High School, the city’s most prestigious public school, to a lottery system citing “equity concerns.”  Translation: there were too many Asians in the school.

Izumi, who was my co-author on a chapter on Asian-American discrimination in higher education in the book A Dubious Expediency (Encounter Books, 2021), said “the strength of Asian participation in this recall indicates that when Asians are motivated by issues that are important to them, such as the change in Lowell High School’s meritocratic admissions system, they are able to swing elections decisively. . . . Indeed, this recall election is just a continuation of what we saw in the defeat of Proposition 16 in 2020, where Asians were the driving force in the landslide defeat of Prop. 16, which would have re-instituted race-based preferences in university admissions, and which was originally heavily favored to win.”

San Francisco public schools are in crisis. Thousands of students have left the public school system in recent years and the school district is now facing a $125 million deficit.  But poor performing schools is just one item in a long list of what San Fransicko author Michael Shellenberger argues the city is suffering from.  Rising crime, homelessness, unaffordable housing, poor transportation, a decaying infrastructure, and dirty streets are why people are fleeing in droves and tourists and conventioneers are avoiding the city like the plague (a trend that started long before COVID-19).

Progressives have long governed these cities, claiming that they know how to solve these problems.  But as Shellenberger writes, the reality is that in cities they control, “progressives made those problems worse.”

The story is not over. A recall effort is underway for San Francisco’s district attorney Chesa Boudin who has sought to reverse engineer the city’s criminal justice system, leading to an explosion of crime.  San Franciscans could well decide, again, to stop history on its tracks.